The 3D platformer Heart Chain Kitty is now available on the Nintendo Switch!

In Heart Chain Kitty, players will find 40 surreal levels containing secrets and unique power-ups – such as the aptly-named Power Glove, Hat Glide, and Screw Ray (which can loosen and tighten screws and bolts found around the world). 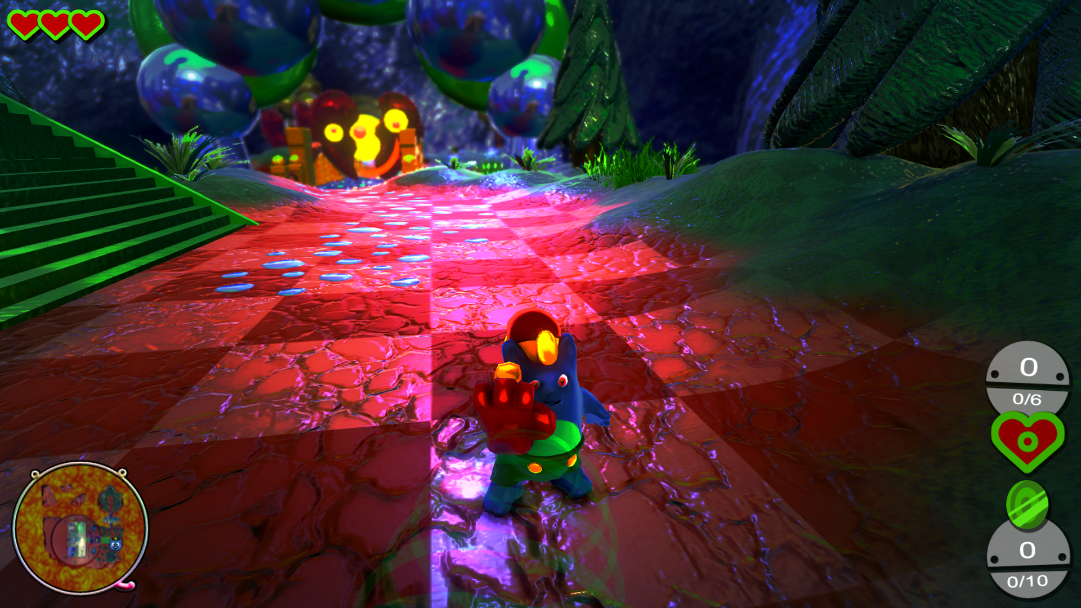 A heart-shaped stranger arrives on Kitty Island – bringing very personal news: Kittey’s parents are missing. As Kittey searches for them, he must face what remains of a crumbling, dying world. From Kitty Island to the City of Cyclopia – through a huge comet-struck desert and the deepest pits of Darkside – Kittey’s big journey may lead to some uncomfortable truths …

As the walls of reality close in – and the line between dream and waking life is blurred – remember that everything will be just fine if you keep collecting those strange Power Hearts. If you get enough of those, you’ll surely win! Right …?

“I’m a big fan of the 3D platformer genre that became a staple of the Nintendo 64 and PlayStation. Even to this day, I play most new 3D platformers that are released in the marketplace. I’ve worked on A Game with a Kitty for more than 15 years now! I felt it was time to bring it all together into a much bigger game.”

Heart Chain Kitty is now available on the Nintendo Switch for only $9.90.