ARK The Animated Series, Season 1 Trailer & The Survival of the Fittest Returns

Today Studio Wildcard is continuing its ARK franchise expansion, giving the first in-depth look at Season One of ARK: The Animated Series and launching ARK: The Survival of the Fittest, a dinosaur battle royale spin-off of its hit video game.

WATCH THE FIRST FOOTAGE FROM ARK: THE ANIMATED SERIES SEASON ONE

Featuring an unparalleled voice cast with the talents of Michelle Yeoh (Everything Everywhere All At Once), Gerard Butler (300), Russell Crowe (Gladiator), and Executive Produced by Vin Diesel (Fast Franchise), ARK: The Animated Series is an adaptation of the hit video game.

In a sweeping story that spans eons of human & world history, 21st century paleontologist Helena Walker finds herself resurrected on a mysterious primeval land after tragedy. There she must learn to survive and find new allies, or die again at the hands of ruthless warlords — all while trying to uncover the true nature of their strange new world.

ARK: The Animated Series will release on a to-be-announced platform in 2023. Join us then for an ageless adventure beyond life & death itself!

Jay Oliva (Batman: The Dark Knight Returns, Justice League: The Flashpoint Paradox) has taken on the role of Executive Producer, Director, and Co-Showrunner, alongside ARK franchise creators Jeremy Stieglitz and Jesse Rapczak, with the series being produced at Glendale-based Lex+Otis animation studio, and written by Marguerite Bennett and Kendall Deacon Davis.

COMPETITION RE-EVOLVED – ARK: THE SURVIVAL OF THE FITTEST NOW AVAILABLE ON STEAM 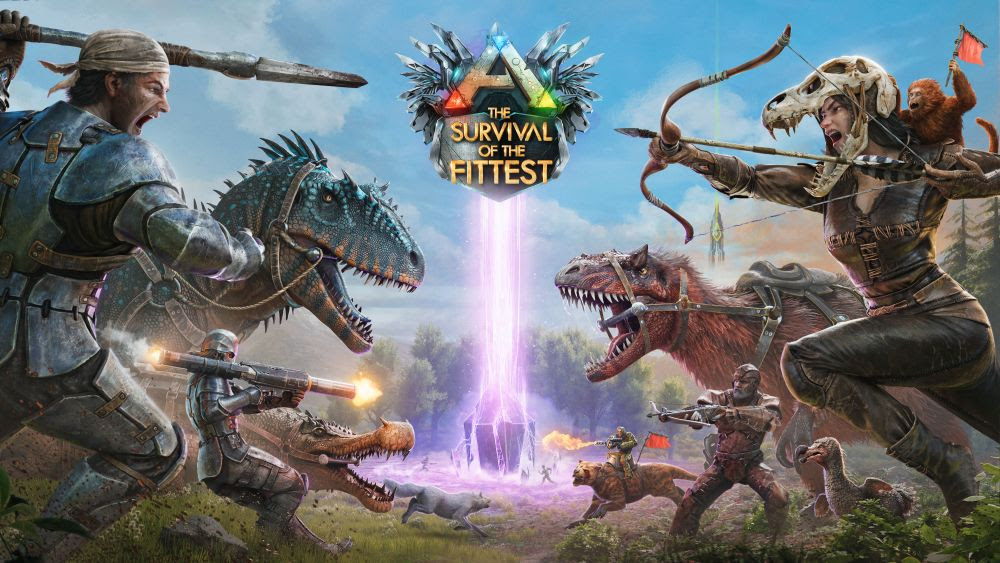 It’s the ultimate Jurassic free-for-all to see who will be the last survivor – and dinosaur – standing with ARK: The Survival of the Fittest! This spin-off of ARK: Survival Evolved pits up to 60 combatants against each other in a fast-paced, action-packed struggle for survival, where players are ultimately pushed into an epic final showdown leading their Dinosaur Armies into battle.

ARK: The Survival Of The Fittest, which is now released as a prototype available for players to try out, revives the competitive online survival arena ARK experience on PC (Steam) with a significant number of technical/quality of life/balance changes to make it more approachable for all players. A cross-play console release is planned for 2023.

Originally beta-launched in 2016, ARK: The Survival Of The Fittest is the only battle royale focused on large-scale creature-army confrontations, combined with a Real Time Strategy (RTS) overlay, for unique experiences in every match. Survivors will assemble dinosaur armies and duke it out in epic dino-battles until one tribe is left standing victorious.

Orbital Bullet is Taken to ‘Over 9000’ with Massive New Update