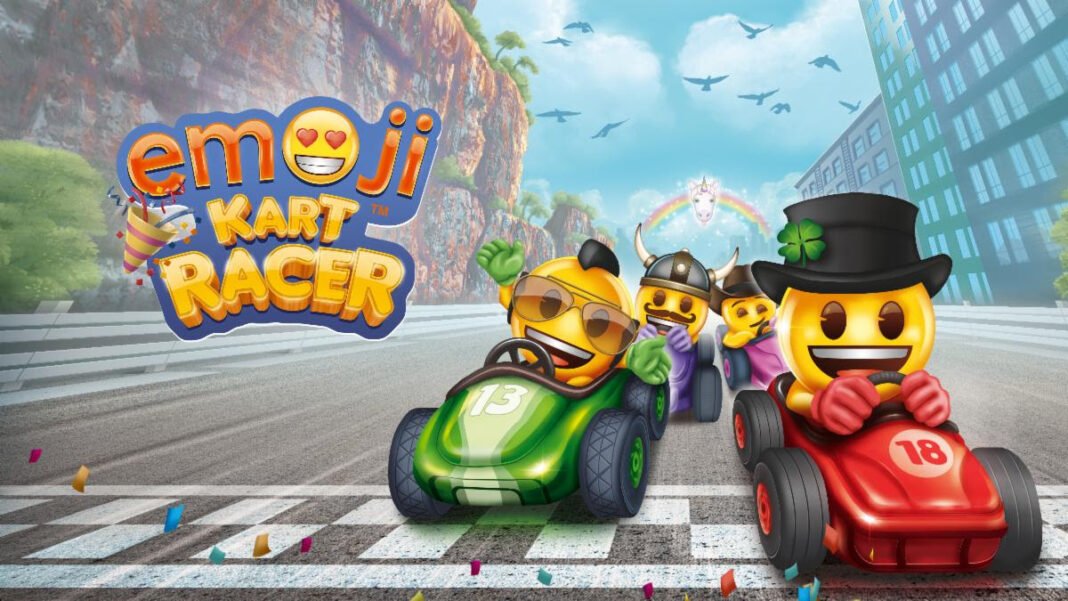 Hearts flash across your eyes as you speed into the lead position, leaving your jolly, smug, and shocked competitors in the dust. That’s not just a flowery turn of phrase.

Put on your happy face – or your triumph or sweary faces – and get behind the wheel to race through four cups and 16 fiendishly tricky speedways. Pull off sick turns in a world made of cake, dodge giant snowmen as you rocket through the snow, and soar through the air on a road made of clouds. If your skills alone aren’t enough to put victory in your grasp, unleash a bevy of obstacles and hazards on your opponents to get an upper hand.

Pick your driver from a broad range of officially licensed emoji™ icons or use the detailed generator to create your own unique character from over 20,000 combinations. If you’re in the mood for some friendly competition, you and up to three other friends can join in the fun in splitscreen multiplayer. 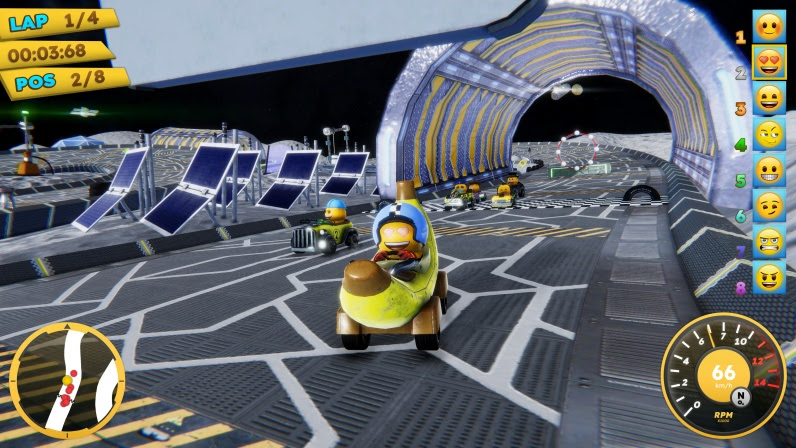 Since 2008, Joindots GmbH has striven to make the joy of gaming accessible to players of all skill levels – and time budgets – with a broad range of exciting casual titles, including Harvest Life and Coastline Flight Simulator. We believe a game should be fun and easy to immerse yourself into whether you have 10 minutes or 10 hours to play, with easy to learn, but difficult to master mechanics that you can enjoy alone or with family and friends.

Infinite-Beyond the Mind get physical and take on an evil empire! Limited boxed versions available for pre-order

Incinerate the menaces in the Mist in flame-wielding platformer Nocturnal, coming to PC and consoles in Spring 2023