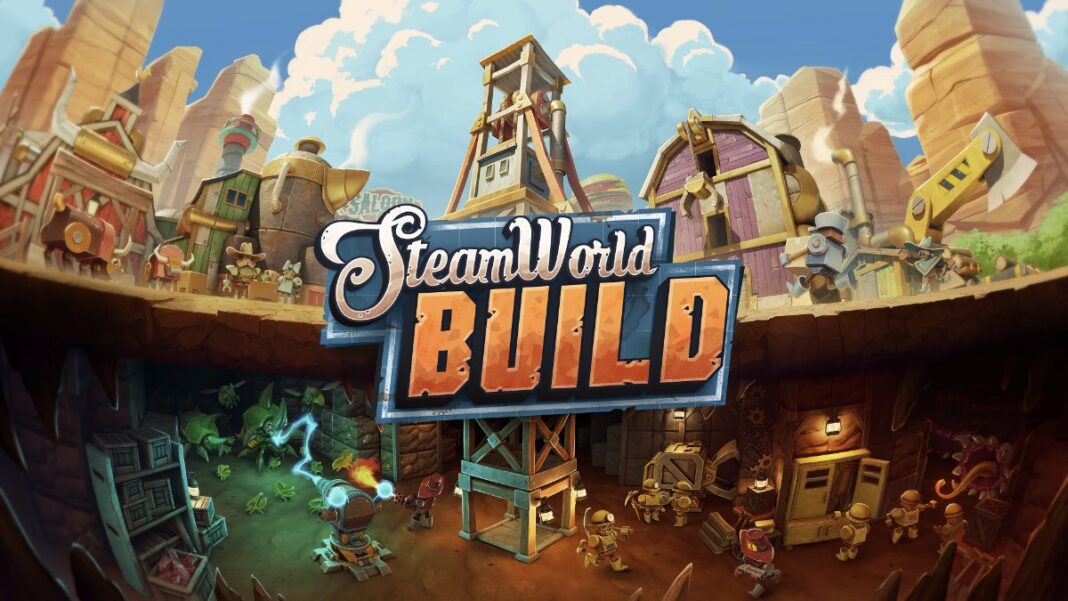 As is tradition with the franchise, SteamWorld Build takes a well known genre and gives it a unique twist, delivering a multi-level city-building experience that tasks you with constructing a thriving town above ground, while mining resources and dealing with monsters below. SteamWorld Build will release on PC, PlayStation®5, PlayStation®4, Xbox Series X|S, Xbox One and Nintendo Switch™ later in 2023.

Thunderful and The Station are also excited to announce that a demo for SteamWorld Build is available on Steam now! Additionally, to celebrate the return of the SteamWorld franchise, all the previous games in the series are now discounted on Steam as part of the SteamWorld Build Announcement Sale. If you don’t already know what all the fuss is about when it comes to this multi award-winning series, this is the perfect opportunity to find out.

In SteamWorld Build, you are the architect of a SteamWorld mining town. Break ground and raise houses for your steambot citizens, keep them fed and provide some rootin’-tootin’ entertainment. You’ll also venture into the abandoned mine sitting under your town, rumoured to be filled with ancient tech that holds the key to escaping impending doom. Use the natural resources above ground and the abundant ores buried in the mine to expand your town. Stimulate new residential tiers to join the quest to dig deeper, unearth untold riches and ultimately help them to hightail it off the planet!

SteamWorld Build has been developed on PC and console simultaneously, ensuring that the game’s design, UX and UI all work just as well with a controller in hand, as they do with mouse and keyboard. The game features a user-friendly interface and mechanics designed to cater to both experienced players and newcomers to the city builder genre, further refined by three difficulty levels to choose from. 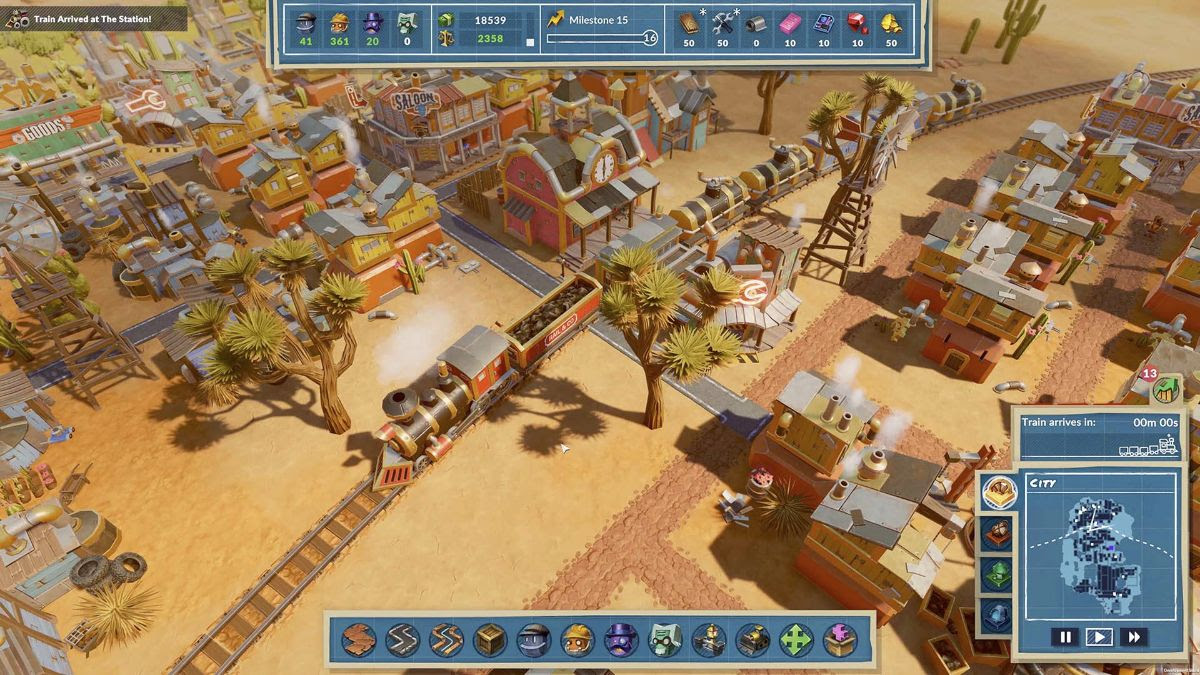 During the Special Broadcast, SteamWorld Universe and Franchise Director, Brjánn Sigurgeirsson announced that more news on all things SteamWorld will be shared later this year when SteamWorld Telegraph debuts as a community-focused show. Having worked on the SteamWorld series from the very beginning, Brjánn will be collaborating with all the Thunderful studios developing SteamWorld titles, ensuring quality and consistency across all the games as the series expands in the years ahead.

“When The Station joined Thunderful in 2020 and told us that they wanted to make a city builder, we thought it offered a great opportunity for SteamWorld and Thunderful to move into another new genre,” said Brjánn Sigurgeirsson. “They know what it means to work on big IPs thanks to their experience developing for LittleBigPlanet, including crossovers with God of War, Dark Souls and many more. After losing plenty of hours getting sucked into the amazing gameplay loop they’ve created between overground city-building and underground mining, I can tell you that I’m really proud of what they’ve managed to do within the SteamWorld universe.”

“Having the opportunity to work on an award-winning franchise that’s loved by fans was a real honour for us,” said Adam Vassee, producer at The Station. “We’ve put a lot of effort into making sure the game retains the charming character of previous entries, but we’re also lucky in that the SteamWorld series is all about trying new things. That’s been liberating in allowing us to put our own twist on SteamWorld and the city builder genre to craft an intuitive Anno meets Dungeon Keeper style system that we think is unlike anything else out there.” 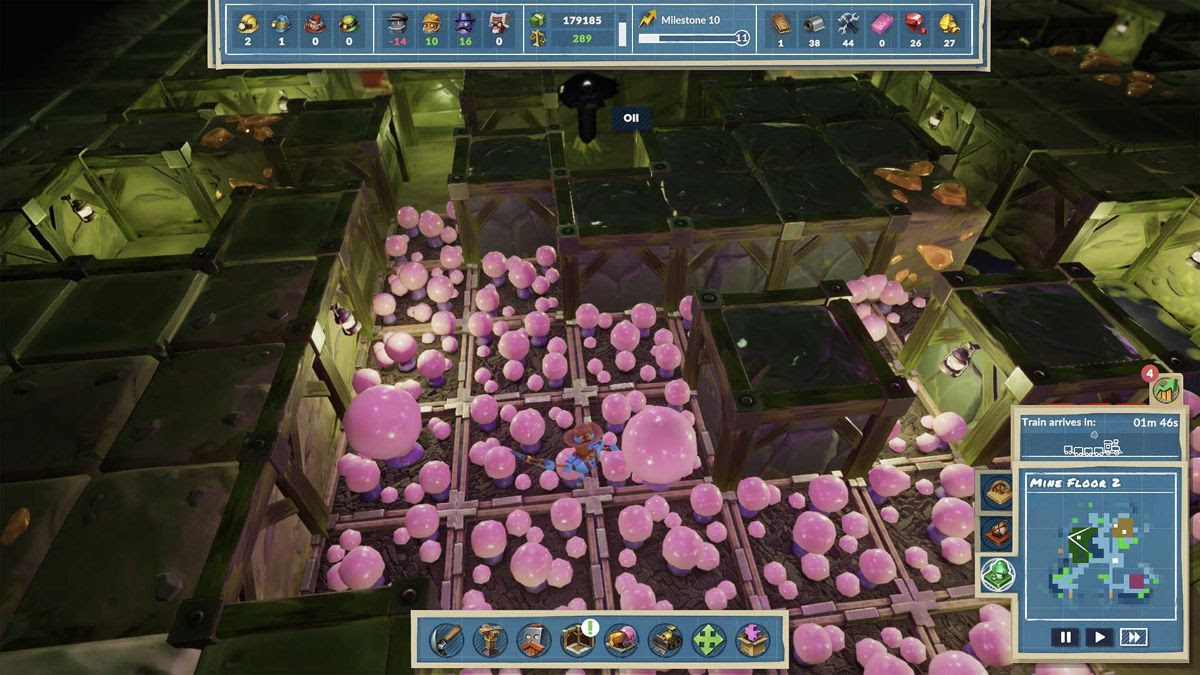 The Start of Something Sinister | Holstin Gets Steam Demo + Gameplay Video