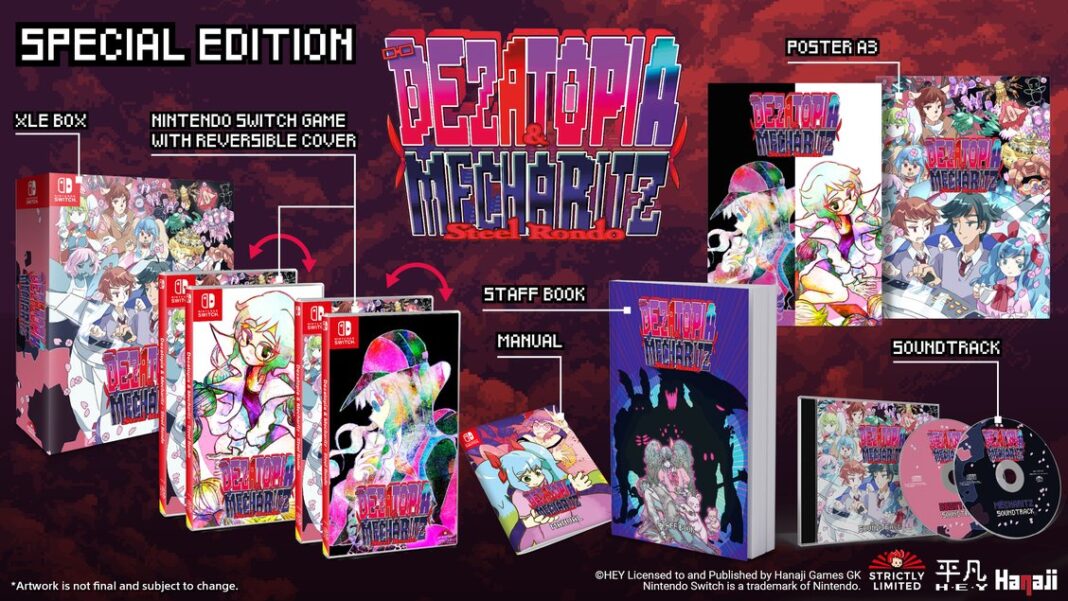 Strictly Limited Games welcomes two new Shoot ‘em up titles in one ‘hot’ combo physical releases for the Nintendo Switch to their store.

In collaboration with Hanaji Games, this is the only physical version of these two gems available.

Mecha Ritz: Steel Rondo is a vertically scrolling ‘score’ focused shooter set in an apocalyptic mechanised world. With seven different ships to choose from, each with different attack and movement properties, this frantic paced shooter delivers deep and satisfying combat. Exciting unlockables – 14 playable mechas, branching paths, multiple endings, and much more will be unveiled as you delve deeper into the game. Quickly clearing enemies and raising your rank is key to unlocking the final stage and is just one ongoing task to complete.

In Mecha Ritz: Steel Rondo, not only does the score hunt and challenging gameplay provide plenty of replay value, but also the branching stage paths will influence the ending. Paired with the quirky story and popping graphics, you sure won’t get bored playing this one. 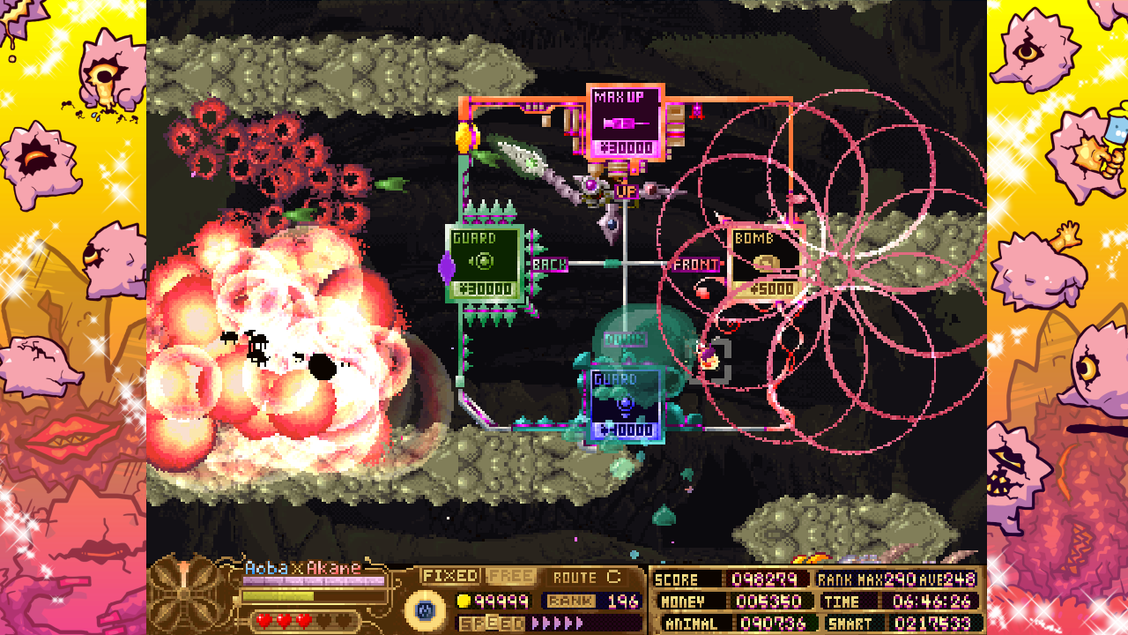 Dezatopia is a classic arcade styled horizontal shooter with a huge assortment of content, which offers both value and an amazing experience. 24 different stages with 21 bosses arranged in 21 routes, with intuitive and simple controls that will please both experienced and novice gamers. Unique enemies, bosses, weapons galore and interactive components are supplemented with great art and visual backdrops. Strange and unusual creatures inhabited Earth’s underground. These unknown to humankind until Momoko, a fashion-obsessed high school girl, accidentally discovered them; but now she plans to create a new world: Dezatopia. Akane and Aoba, Momoko’s schoolmates, are hired to help achieve her directive but things don’t go to plan. The backdrop story could soon become a distant memory, as the all out colourful and non stop, over the top, but compelling, fire and hail explosive onscreen action ramps up!

The craft you control has four unique, intuitive weapons which can each be fired in one direction to halt the enemy onslaught. Upgrades and items can also be purchased from a mid-flight shop, but these advantages are countered by a dynamic difficulty system that automatically adjusts to match the player’s skill level to ensure their experience, strategy, technique and luck are always tested. 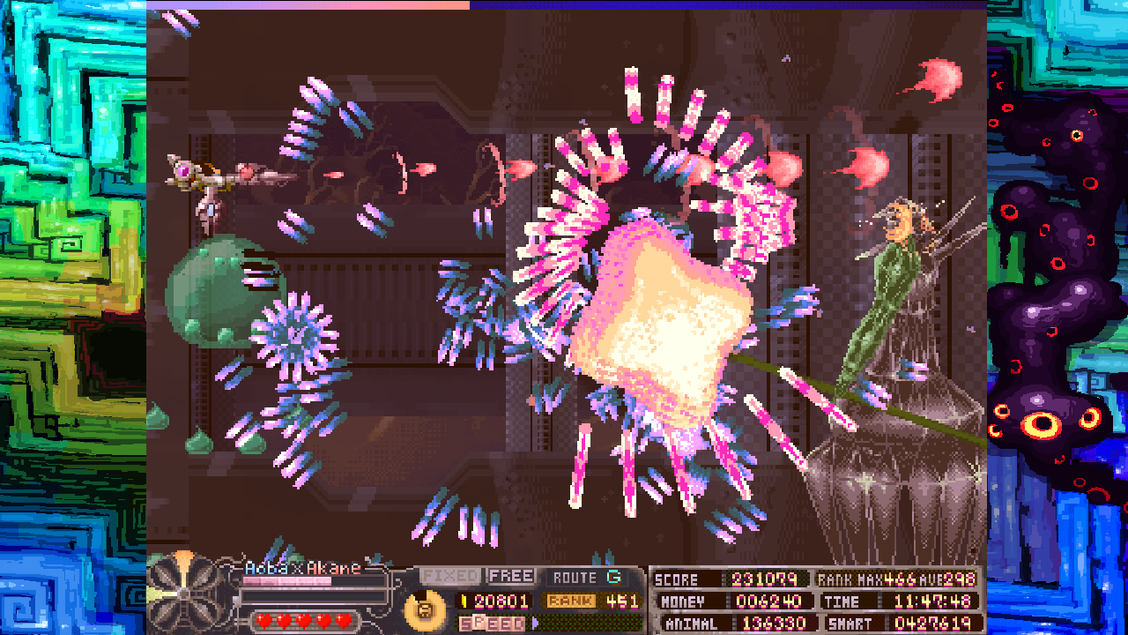 Both Mecha Ritz: Steel Rondo and Dezatopia present great and amusing backdrop stories which set the scene for the action and challenges that gamers will encounter once they are ready to face the enemy forces, along with some awesome Bosses and cast that will materialise!

ABOUT THE SLG BOXED VERSIONS
The SLG Dezatopia & Mecha Ritz Limited Editions will come in two versions, each featuring a cover artwork focusing on one of the games in the collection, named Momoko and Veloce Edition as well as reversible cover artwork featuring both. Included is a colored manual for both games. The game cartridge included is the same. These are limited to 999 units each.

The Special Limited Edition will accordingly also be featured in 2 versions, with the artwork on the outer box being the same. These will be limited to 500 units each and contain the following items. 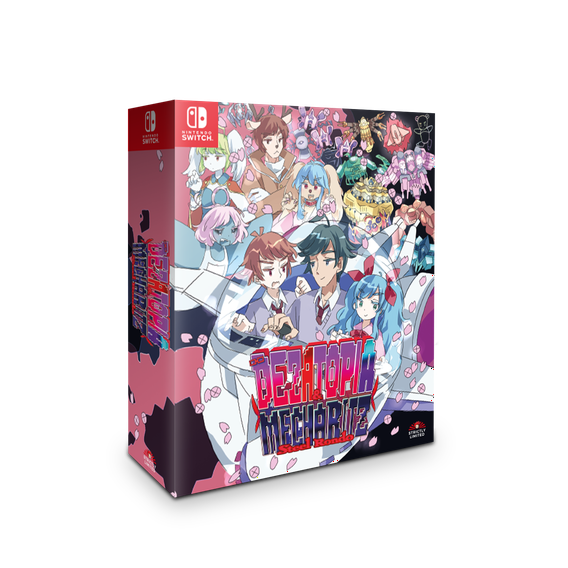 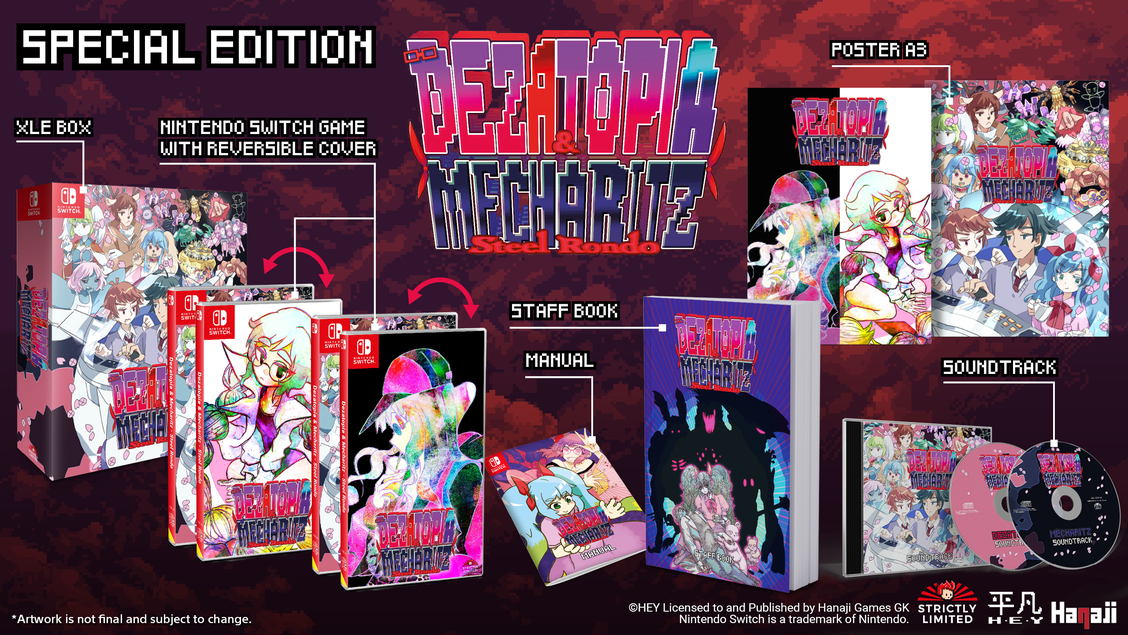 Mecha Ritz and Dezatopia are out now on the Nintendo eShop. Pre-Orders for the physical editions can be placed from 4th of December 2022 exclusively on StrictlyLimitedGames.com.

About HEY
HEY is a small shoot em up developer based in Tokyo, Japan. Having made a few of his own creations using the shooting game maker series Dezaemon released on Sega Saturn, HEY went on to develop more games that were released at various doujin game events and exhibitions with more serious tools and engines. https://twitter.com/hey1230

About Hanaji Games
Hanaji Games was founded in December 2015 in Tokyo, Japan by co-founders Alvin Phu and Jacob Grady. Having previously developed Block Legend and Wan Nyan Slash as Dot Warrior Games, we decided to branch out to publishing small doujin game titles in Japan to a wider audience. Website: http://www.hanaji.com/

About Strictly Limited Games
Strictly Limited Games is a German publisher based near Stuttgart, specialized in releasing a curated selection of digital download-only games in exclusive collectible physical editions for PlayStation 4, PlayStation Vita and Nintendo Switch. The company was founded in 2017 by Dennis Mendel, a former scholar for game studies and advisor at Fraunhofer Institute, and Benedict Braitsch. Both passionate collectors with a combined collection of over 7.000 digital and physical games for all console generations, their intention is to form an opposite pole to the current trend of digital-only releases. All collectors’ editions are available exclusively at Strictly Limited Games online store www.strictlylimitedgames.com.

Previous article
This Little Buddy Burns | Flame Keeper Announced, an Action Rogue-lite with a Twist on Life
Next article
Vesper: Zero Light Edition is coming to Playstation 4|5 with Fantastico Studio

The Witcher 3: Wild Hunt Arrives on Next-Gen This December